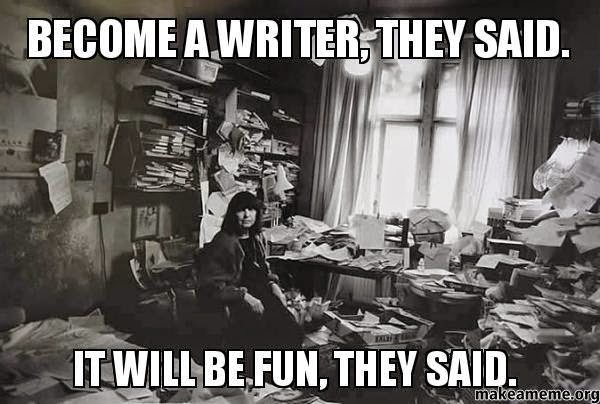 My Muse is a bitch. With a capital B. Apparently it’s her middle name.

She told me that today in our long overdue tête-à-tête. See,
I begged for this conversation  for
months. Finally, when she agreed I was prepared. I practiced my crucial
conversation skills. I gathered facts and figures.

I told her that her supply of MJ (Mojo Juice) was inadequate
and that her MT (Motivating Time) was well below the agreed KPIs (key performance indicators). She was
clearly underperforming. I had proof. I had spent hours trawling the internet and social media gathering
evidence of what she was doing with other writers. I also presented evidence of
ratio between my unpublished and published blog posts, unfinished projects in
drawers and on the PC, procrastination percentages. It was all in there in
graphs and pie charts.

Perched atop the WB (writer’s block), her head inclined, her pearlescent wings making twinkling sound, she seemed to be genuinely listening. She pointed
at my pie charts. “Pretty colours.”

Great. My Muse is dumb! OK, I was prepared for this too. I
would appeal to her tender heart. I said she needed to spend more time with me,
give me guidance, inspiration and occasionally pat me on the back.

“What are you, a baby?” The wings tinkled again.

I threw myself at her feet. I begged, pleaded, cried. The
bloody tinkling continued.

And then I lost it. I called her a bitch. A selfish,
unreliable, unfair bitch! And that I was going to tell EVERYONE how nasty she
really is! Right now! “See, I’m opening my laptop! I’m writing! Your last
chance, you crazy tinkly twit!”

The Muse stood up, discarded her pretty tinkling fairy skin
with a shudder of disgust, spread her gargoyle wings and in an awful grating
voice said “My work here is done!” And flew away! Can you believe it? Just like
that! Bitch!

I’m hiring Ryan Gosling instead. At least he gets it. 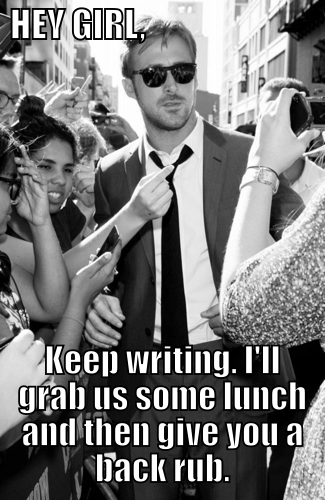 PS. This is what really happened, but please don’t tell anyone.