When
I first read the book, my impression was that ‘Death by Boredom Comes to
Pemberley’ would be a more apt name. Imagine my surprise when I heard that BBC was turning this into a TV series.  It has since aired both in the UK and the US
(still to reach us poor Aussies). If TV producers thought this was worth spending money on, then perhaps it was me and not the book? So I gave it every benefit of the doubt and read it again. Unfortunately, the book doesn’t improve upon further acquaintance.

Sam
Wollaston, the Guardian’s TV critic, called the book “…. a modern
extension built on to the big house, which recognises and respects the
architecture of the original but which is not afraid to stand out and be its
own very different thing as well.”

Really? Did we read the same book? Forgive me Ms James,
but this looks more like a tragic 1970s lean-to, all with paneled veneer walls
and the spray on popcorn ceiling.

The narrative takes place 6 years after the events of Pride
and Prejudice, which James summarises in a dreadful dozen-page prologue.
The Darcys, happily married with two boys, in the company of the Bingleys, Colonel
Fitzwilliam, Georgiana and a new character by the name of Henry Alveston, a
lawyer, are in the throes of organizing an annual ball when a carriage comes
flying down the road, carrying hysterical Lydia who exclaims ‘Wickham’s dead!’.

And it all happens on a dark and stormy night.

Wickham’s dead, I rejoiced. Good riddance. Now the party
can start in earnest. The end.  Alas, Wickham
isn’t dead, but is implicated in his friend Danny’s murder. Now that the lands
of Pemberley have been properly polluted, dull and gloomy Darcy has to
investigate.  Henry Alveston’s
coincidental presence is convenient as he can immediately offer his legal
opinion. Colonel, in the meantime, transforms into an absolute douchebag and is
behaving oddly.

And the women? Lydia is as always the
centre of attention, Jane obliging and helpful and Elizabeth dull and passive
(and seems mostly preoccupied with writing letters).  Georgiana seems to be the only bright light in
this dull book. 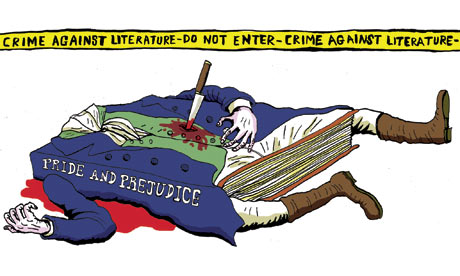 Just about every literary device used is poorly executed.
The red herring is more of a rainbow trout swimming in Mr Darcy’s pond. The
gothic elements with ghosts and the story of Darcy’s odd ancestor and his dog
and a weird guy lurking in the woods are steeped in cliché. There are too many
flashbacks to Wickham’s seduction attempts of just about ever female in this
book. The love triangle between Georgiana, Alveston and Colonel is clunky. Wickham’s
trial and the court scenes (although too long) give us a glimmer of what this
could have been had James not been constrained by the Pride and Prejudice
plot and characters and her desperate attempt to narrate the story in ‘Austen
speak’.

Unfortunately, this flash of potential vanished the moment
Deus ex Machina stepped in. Or is it Lizzy ex Machina? Just as the noose was to
tighten around Wickham’s neck, Lizzy became a sleuth and discovered the real
murderer. So they all lived happily ever after, with the Wickhams as far from
Pemberley as possible, Georgina and Alveston in
love and the Darcys rejoicing in the news of another offspring.

The lure of Austen is easy to understand. For over 200
years, her novels have been capturing our imagination and have pulled at our
heart strings with her deceptively simple stories of love. There’s been an
unprecedented volume of fan fiction work from all over the world. And yet, as
Virgina Woolf so eloquently described it, ‘of all great writers she [Austen] is
the most difficult to catch in the act of greatness’.  It is Austen’s spark, wit and energy that
James failed to grasp in her attempt to inject the ‘whodunit’ element into her Pride
and Prejudice sequel.

James at least got one thing right when in the Author’s
Note she apologised to ‘the shade of Jane Austen’ for this messy mash-up. ‘No
doubt she [Austen] would have replied to my apology by saying that, has she
wished to dwell on such odious subject, she would have written this story
herself, and done it better’. You are absolutely correct Ms James! 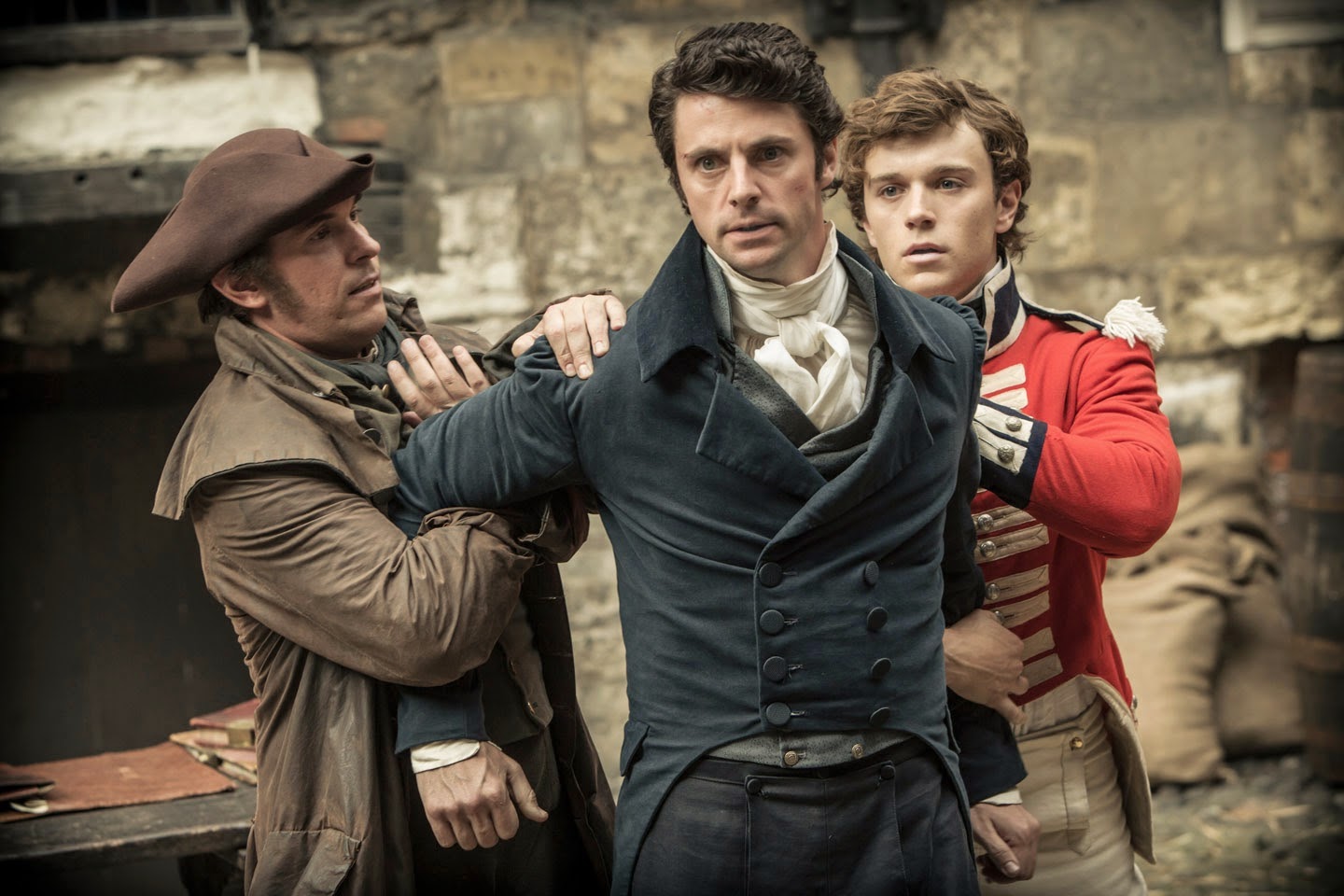 As for the TV series, it is slightly, but only
infinitesimally, better than the book. If you’re unsure whether to watch, Sarah
Seltzer’s entertaining recap
may help with that. Dashing Matthew Goode as Wickham is not a bad reason to
watch either.