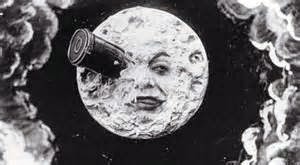 I’ve been hearing a lot about this Mercury retrograde
phenomenon lately. It seems that my clumsiness, asshole-ness and general
craziness should all be blamed on it.

What does this mean? Apparently, for some unknown reason
the planet Mercury decides that it’s been spinning and orbiting too fast and
decides to slow down. Then it appears
to stop and then appears to move
backwards, sort of like Michael Jackson doing the moonwalk. Despite the
distance of 222 million km or 138 million miles between the Earth and Mercury,
somehow this pesky retro planet causes communication funks, technology
breakdowns and relationship turmoil down here on Earth.

Thank god it will be over in the next few days, on 11
February. But it got me thinking that with Valentine’s Day being so close and
the whole “we’re all at the mercy of the forces of the universe” thing, it
certainly won’t be surprising if someone’s Valentine’s Day turns out something
like this.

A couple of weeks ago – unbeknown to you at the peak of the
‘trickster’ planet’s shenanigans – you met this really nice youngish guy (NO
WAY he’s anywhere near 48 he claims to be) with lovely blue eyes and strong looking
arms. You certainly don’t mind his Iron Maiden T-shirt, slightly straining over
his midriff. Or his tattoo of a snake twisting around a scantily clad female on
his right arm. He’s lovely and chatty, wants to know what music you like. You
think to let him know about your love of opera and Mozart but instead you blurt “I
really like U2”. You tell him about your job and how stressful it is and that
you feel slightly burnt out and how you’re thinking about a career change. A
writer, maybe.

He nods and proceeds to tell you all about his love of fast
cars and how he’s modified his wheels and you think that the names of various
car parts sound like he’s speaking a foreign language because you certainly can’t
understand a word he’s saying.

You think that it would be sooo easy to tweak his slightly
bogan style with a pair of brown corduroys with a sky blue shirt (with long
sleeves) to match his eyes and a pair of Hush Puppies. And a spunky hair-do.
Yes, you think, he is a very handsome man and you like him a lot.

He asks for your number and gives you a gentlemanly peck on
the cheek and says he wants to see you again.

The very next day he sends you a text that he’d like to see
you on the 14th and that he has a surprise for you. All your
thoughts about him have been validated – if a guy can remember Valentine’s Day,
than he is a keeper no matter what T-shirt he wears.

The 14th arrives and you’re dressed up to the nines. You spend a whole day at a
beauty salon plucking, waxing, polishing, straightening, painting, tanning. You
squeeze into your new dress and those fabulous Jimmy Choos you’ve been saving
for who knows how long.

He is at your door and you’re relieved that he’s wearing a mostly
black ACDC t-shirt. After all, he did have a haircut and is now sporting a
slight mullet. But his blue eyes are twinkling and he tells you that you look
lovely as he opens a door for you to his ‘wheels’ and you slide into a comfy
seat of a very neat car. And when you compliment him on that, he reminds you
that it’s ‘The Wheels’, not a car. You want to reply that you can’t possibly
look only ‘lovely’, but you remember something that Eckhart Tolle said about
not looking for validation outside of yourself and that you only have this
moment so you say nothing. He is chatty again but you can only hear fragments of
what he is saying over the blaring of some trash metal coming from the
speakers.

You focus on the night ahead. You ask him about that and he
smiles mysteriously and tells you that it is a surprise. Butterflies in your
stomach are going absolutely insane as you realise that the city lights are
behind you and you are driving in the opposite direction, into darkened
suburbs. Suddenly you remember how to pray and you grip the door handle and you
think you’ve seen lots of those action movies and that if you jump out you’ll
probably survive. But then you remember the Choos and you know that they won’t,
so instead you grab your phone, your finger on emergency dial button. All that time, the guy is chatting, clearly very pleased with the sound of his own voice.

And just then, you see the lights ahead. Lots of bright
lights and noise. And dust. And you relax slightly because you haven’t heard of
a serial killer murdering someone in a brightly lit, crowded place.

He stops the car, turns and says “Surprise!” When he thinks
you look slightly puzzled (whilst actually you are on verge of a panic attack), he
says “Last time we met you told me you like Ute burnouts. So here we are!”

So yes, if this happens to you blame it on that trickster
Mercury.